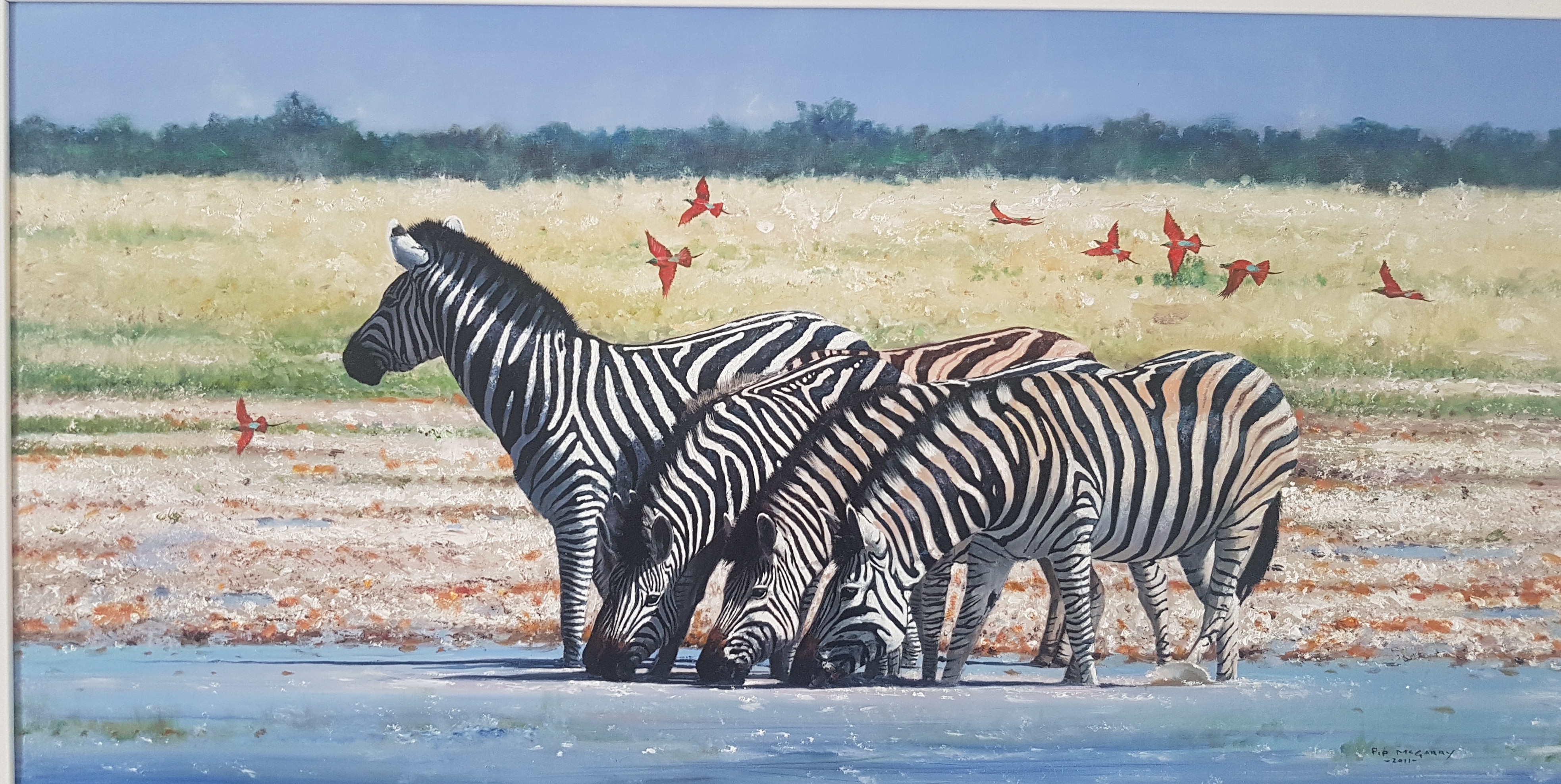 Pip McGarry is one of the world's leading wildlife artists, with an international reputation for his oil paintings of big cats and African Game.  Pip first came to prominence in 2004 with his popular seven-part series on Meridian Television called "A Brush With the Wild", which was co-presented by Anneka Rice.  He is the founder and chairman of the largest wildlife art society in Europe and has been the Artist in Residence at Marwelll Zoological Park for 15 years.  Over 50 of his paintings have been successfully sold by major international auction houses in the UK and overseas, including the USA, .  In 2008 his painting "Flight of the Zebra" sold for a record £29,300 at Christies of London.