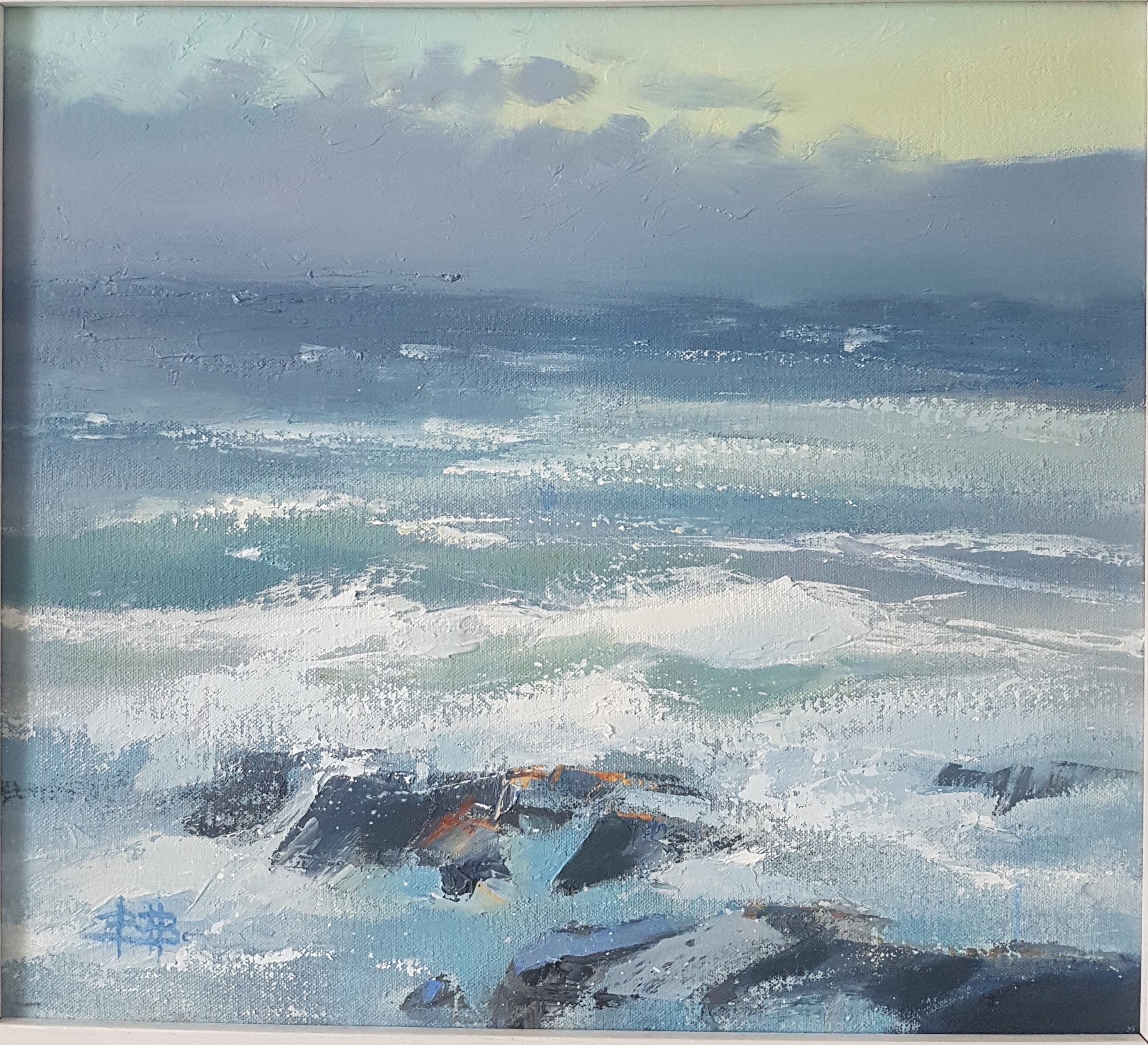 The late, popular artist Barrie Bray was born in Cornwall and was never far from the sea, so it was inevitable that this was to be a strong influence on Barrie's work.  The sea was central to his work, with its ever-changing moods, patterns and light.  The view from his studio, perched right on the end of the sea in Mount's Bay was a constant inspiration.  Having long been a painter, in 1991 Barrie, together with his wife Heather, also a painter, opened the Avalon Art Gallery in Marazion which quickly became one of the leading galleries in Cornwall.